Edmonton is a vibrant city situated on the North Saskatchewan River. In 2016, Edmonton was home to over 900,000 people making it the second largest city in Alberta and the fifth largest in Canada. As the Capital of Alberta, Edmonton provides its residents with many natural, economic and entertainment opportunities to enjoy.

Edmonton’s gem, the River Valley, is comprised of multiple parks along the river, making it the longest connected urban park system in North America. Edmontonians are able to stay active in the natural areas, golf courses, walking/biking trails, downhill and cross-country skiing places and recreational facilities throughout the city.

Known as the Gateway to the North, Edmonton is the nucleus to many businesses that support industries in Northern Alberta. It is also home to research and education centres that promote advancements in many sectors including the technology sector.

Edmonton is the most northern city in North America with a metropolitan of over 1 million. Even while living in lower temperatures, Edmontonians are known for their enthusiasm for festivals year-round. The city also has robust initiatives and first-rate facilities for people to savor sports, music and the arts. With a strong connection to its natural environment, a dedicated work ethic, and a love for fun, Edmonton is a dynamic city with many gifts to offer. 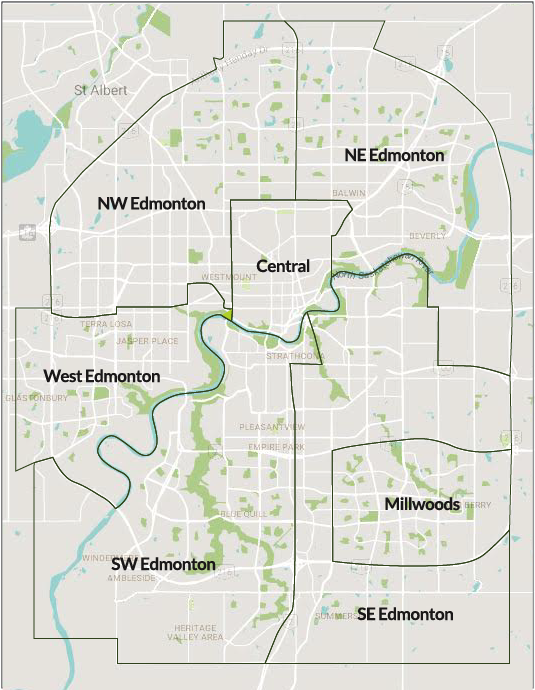